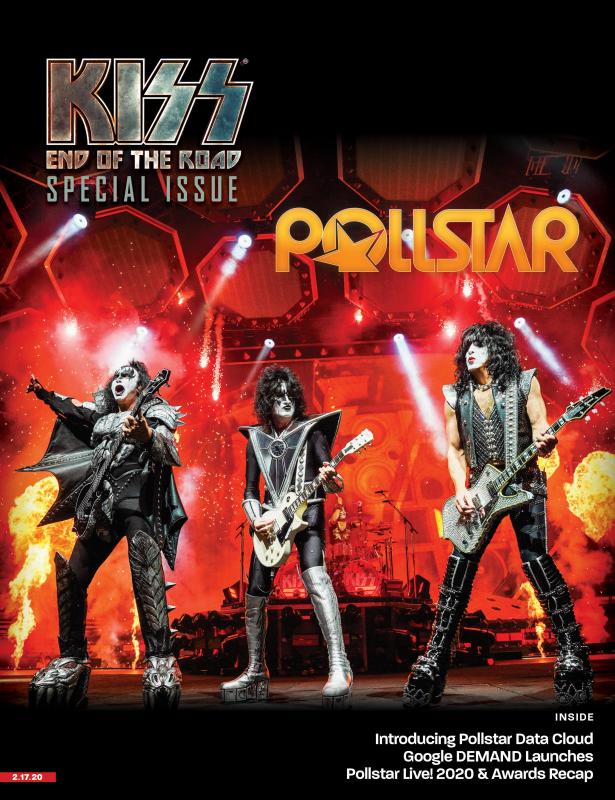 A couple of restless kids from Queens, N.Y., realized they weren’t getting what they wanted from the bands they were seeing in concert and instead created their own in 1972. Wicked Lester even got a lock from Epic Records, which signed the group but shelved its debut.

A year later, and long before “rebranding” came into the lexicon, schoolmates Gene Simmons and Paul Stanley auditioned a drummer named Peter Criss and guitarist Ace Frehley and reimagined themselves as a fire-breathing, blood-spitting, ass-kicking, blowing-shit-up, rock ‘n’ roll band. It isn’t a case of arrested development or male adolescent fantasy – it’s KISS.

Today, after some 10,000 shows, at least $1 billion in tickets and merchandise sold, according to manager Doc McGhee, countless tons of pyro exploded and possibly the first and one of the biggest official fan clubs known to man in the KISS Army, the band embarked last year on its “End Of The Road” tour, which is to close its 2020 leg Oct. 2. Time will tell what the band may add between then and its final blowout July 17, 2021 in New York City. The final venue hasn’t yet been announced, but the team hints the final month will be a party for the ages with several possible sites in the mix.

“It’s very clear, we’re the hardest working band, period,” the mighty, self-assured “Demon” that is Simmons tells Pollstar. “If you put on dragon boots that weigh about 10 pounds, break your back for two hours flying through the air and stuff, you wouldn’t last a half-hour. … Now I’m 70; I look great. I work out every day and get the heart pumping because we don’t want to do a paint-by-numbers rock show. Now’s a good time to go out on top and with a tug at the heart and a lump in the throat for me.”

Stanley, the “Starchild,” yin to Simmons’ yang, is a bit more reflective about the final tour. “I hate to use the word closure, because there will never be closure,” he says.

“KISS would exist with or without our blessing. It’s so much a part of culture at this point there’s no way it could really stop. But in terms of touring, it’s certainly a chance for us to have a victory lap and celebration with the people who have made this possible and also the people who have championed us against all kinds of odds.”

CLICK HERE to read the rest of the POLLSTAR KISS article now!