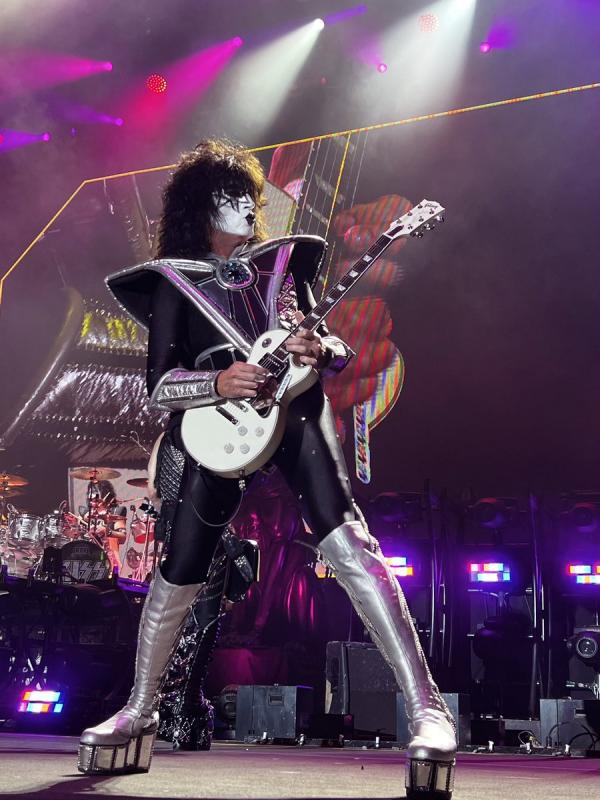 When I was in my teens my Mum and Dad took me and my best mate to see Kiss at a venue in the UK called Stafford Bingley Hall. It was an unusual venue that doubled as a cattle market and concert venue. That was the start for me and every tour wherever I was in the world I was there. This year Kiss play Australia for the last time before bowing out next year on their 50th Anniversary. Kiss is the only band I’ve seen more than 30 times, and the only band I’ve seen on four continents, both with make-up and without. It’s been a remarkable career for a remarkable band who over the years have rolled with the punches and adapted to the changes but always, above all, have stayed true to the fans. I had the pleasure of chatting with Tommy Thayer back in 2019 when the first Australian dates were announced and now it’s time to talk again with the 2022 Covid-delayed dates just around the corner. It’s going to be an emotional time for legions of Australian fans of all generations, me included.

Mark: Hi Tommy, thank you so much for talking to The Rockpit today. It’s great to catch up again, it seems like only the other day we were talking about Kiss heading to Australia for the the Final tour, I think that was back in November 2019! And her were are again!

Tommy: Yeah and we’re still talking about it! (laughs)

Mark: It’s really going to happen this time though isn’t it?! (Laughs)

Tommy: (Laughs) Well I really have a good feeling this time.

Mark: 49 years of Kiss and I guess with the new dates Gene announced the other day coming into 2023  we’re going to hit that 50th Anniversary. This year is also your 20th Anniversary if I’m not mistaken?

Tommy: It is yeah, I’ve been in the band 20 years now and still going strong!

Mark: It must be an interesting time with the end in sight and so many possibilities ahead of what happens next?

Mark: I’m going to ask you a lot of fan questions today some of them from the Kiss Army here in Perth. But I’ll get mine in first – if you could sneak one song into the set what would it be?

Tommy: (laughs) Well one Kiss song that I’ve always really loved that we’ve never played since I’ve been in the band is  ‘All Hell’s Breaking Loose’

CLICK HERE to read the rest of the interview.