Unleash your inner rock god, find the right partners and be a better boss 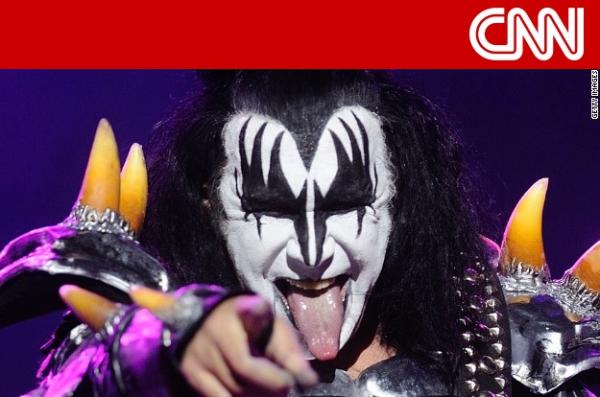 Editor's note: Below is an extract from Gene Simmons' book "Me Inc: Build an Army of One, Unleash Your Inner Rock God, Win in Life and Business". Gene Simmons co-founded the rock supergroup KISS in the early 1970s. Since then, KISS has sold more than 80 million albums and performed more than 2,000 shows around the world.

By the summer of 1972, it looked like Wicked Lester wasn't going to work, even though we had a recording contract with Epic Records.

We did it the right way.

This time we were going to do it for real.

But we had no manager. We had no record label for our new band. We had no lawyers. We had no one to advise us or guide us.

It was another type of education you were not going to get in school. And it's worth noting that what I was doing, although I probably wasn't familiar with the phrase at the time, was my own "due diligence," meaning that I educated myself.

As I've discussed, I always had a job or two, and was always saving money. So by mid-1972, when I was twenty-two years old, I had been able to save $23,000, which was a hefty sum in those days (still is for most twenty-two-year-olds).

Paul sometimes drove a cab to get some pocket change. This is also part of due diligenceto educate oneself, and feed oneself, is one's own responsibility.

Paul owned a beat-up old Mustang, but more often than not, we both used the subway and buses for transportation. We ate hot dogs at the corner of Twenty-Third Street and Broadway. We never went shopping for clothes. We hardly spent any money at all.

But when it was time to get a loft to serve as our band's rehearsal space and base of operations, we didn't hesitate. The rent was $200 a month. In 1972, Ace Frehley and Peter Criss both joined our new band, which we were still calling Wicked Lester.

Peter was married and didn't work beyond pursing life as a professional musician. He was fortunate to have a wife who supported them both and was devoted to his quest to become a successful drummer in a band. That left rent monies for Paul and myself to cover. Sometimes Paul couldn't come up with his end, so it was up to me to make sure the rent was paid every month.

The band needed amplifiers. Paul and I bought them.

We needed a sound system. Paul and I bought a Peavey 27-input soundboard and sound speakers, and had friends build the sound system cabinets. It was cheaper. Paul and I paid for all of it. We didn't have roadies, so friends of Ace and Peter would usually help out.

Again, a good move. Invest in yourself. If you can afford it, don't borrow. Pay for it yourself.

By Christmas 1972, we rechristened ourselves KISS. Paul thought of the name. It was Ace who drew the band's first logo. Paul would later refine the logo, and that's the version we use on everything to this day.

Paul had to go out and rent some milk trucks so we could haul the equipment to and from our shows.

Despite some early omens from our latter bandmates, we were young and thought of it all as a great adventure.

This brings us back to what I've been telling you about the importance of finding the right partners. You can't do it all yourself, and neither could either of us. Each of us on our own could only go so far.

Together, we would go all the way.