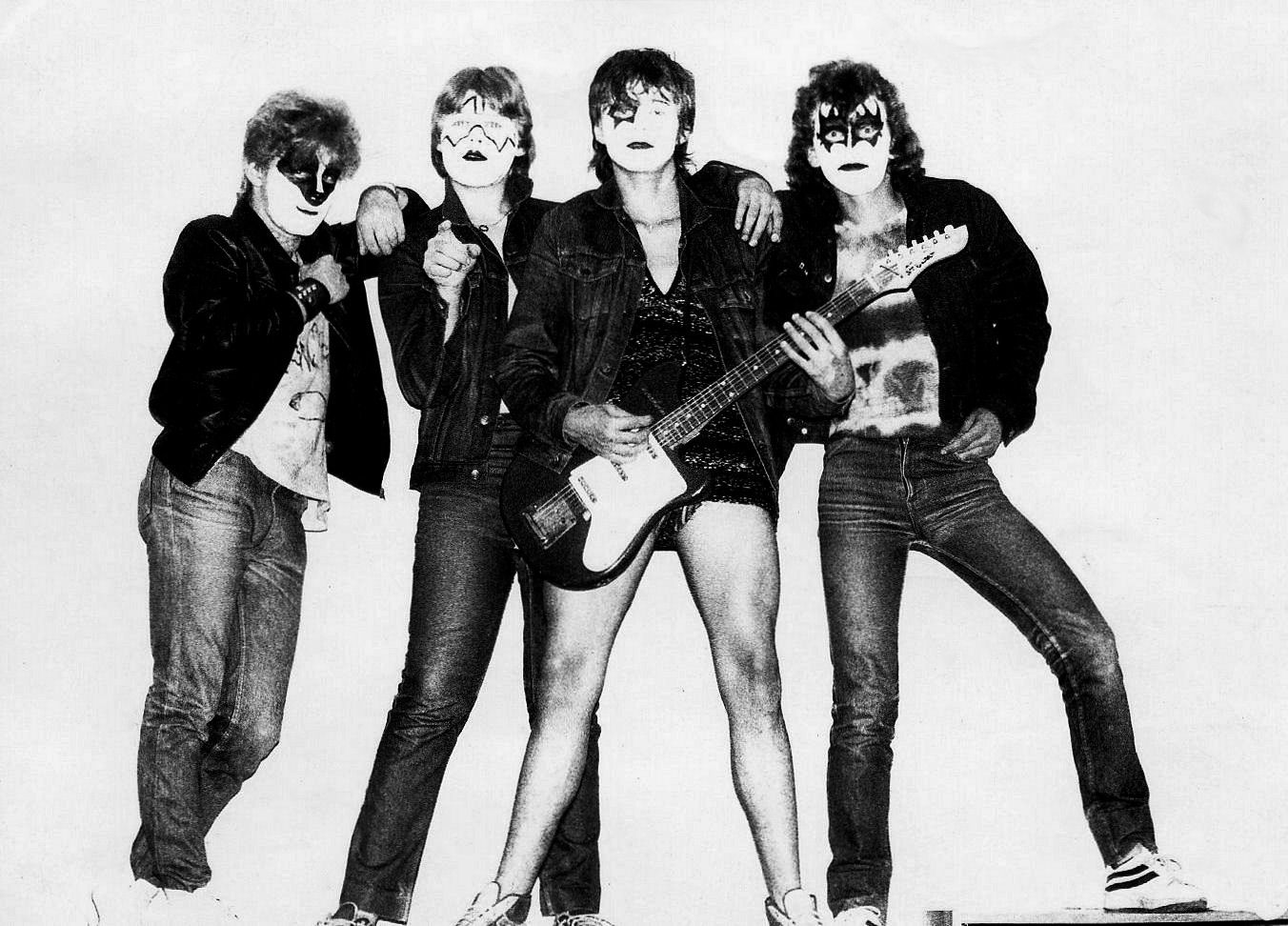 Photo from 1984. Boarding school, totalitarian Czechoslovakia during the communist era and a ban on photography under the condition of expulsion from school. Succeeded. Kiss forever! Jirka PokornÃ½
Read This Entry

Mom made me a Peter Criss costume for Halloween. I thought I was the coolest kid on the block. - Darin Ellis
Read This Entry

Circa 1980. All thatâs missing is the Paul Stanley chest hair. 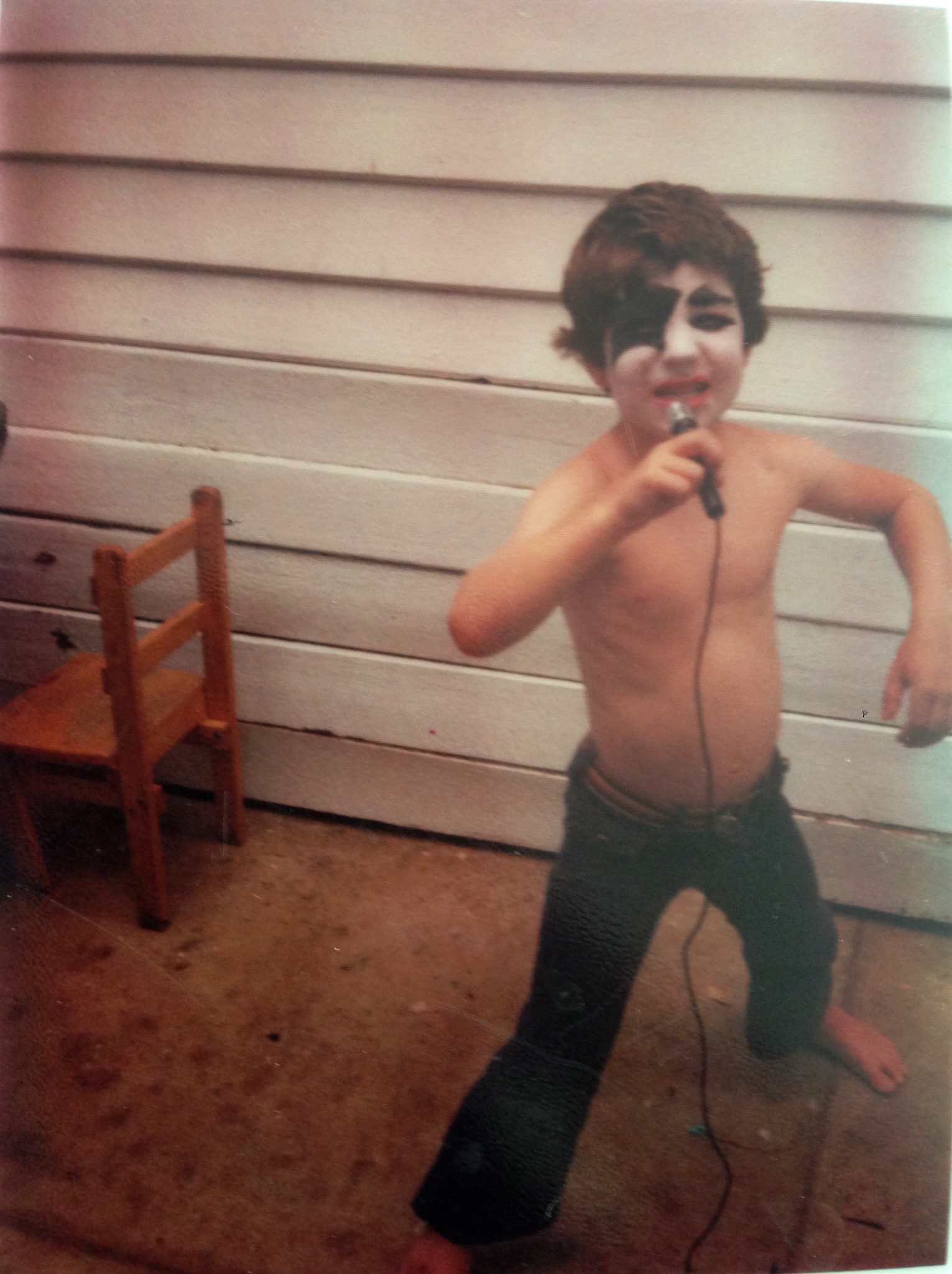 Dear Kiss, Just wanted to share a Polaroid from 1980 at my home in Melbourne, Australia. Kiss formed the year I was born 1973. I was 7 in this pic and it was taken before putting on a Kiss concert for my family in the backyard. My 2 cousins and sister made up the rest of the group. My first concert was Kiss at VFL park in the same year 1980. Not a bad first concert to go to. I have always enjoyed performing. Kiss made it possible for me to perform on stage as an actor and musician. Music is a massive part of my life. I still play guitar and I also do standup comedy. I think Paul Stanley is indirectly responsible for my standup career from listening to him on the Alive! album chatting to the audience. The first album I had was Dynasty which was huge in Australia. I immediately was hooked by everything you did and then bought your first album followed by Alive! The rest is kisstory. I still like to put the makeup on now and again, like if I?€™m going down to the convenience store to buy a loaf of bread. I had tickets to your final Tour on Australia that got canceled due to Paul?€™s sore throat. I hope to get tickets to the rescheduled Melbourne concert. I would really love to meet you in person and will be bringing my daughter who is also a fan of you guys and music. She?€™s a way more talented musician than myself. Hope to catch you guys for one last time. That would bookend the first and last time you played in Australia. Warmest regards, Andy.
Read This Entry 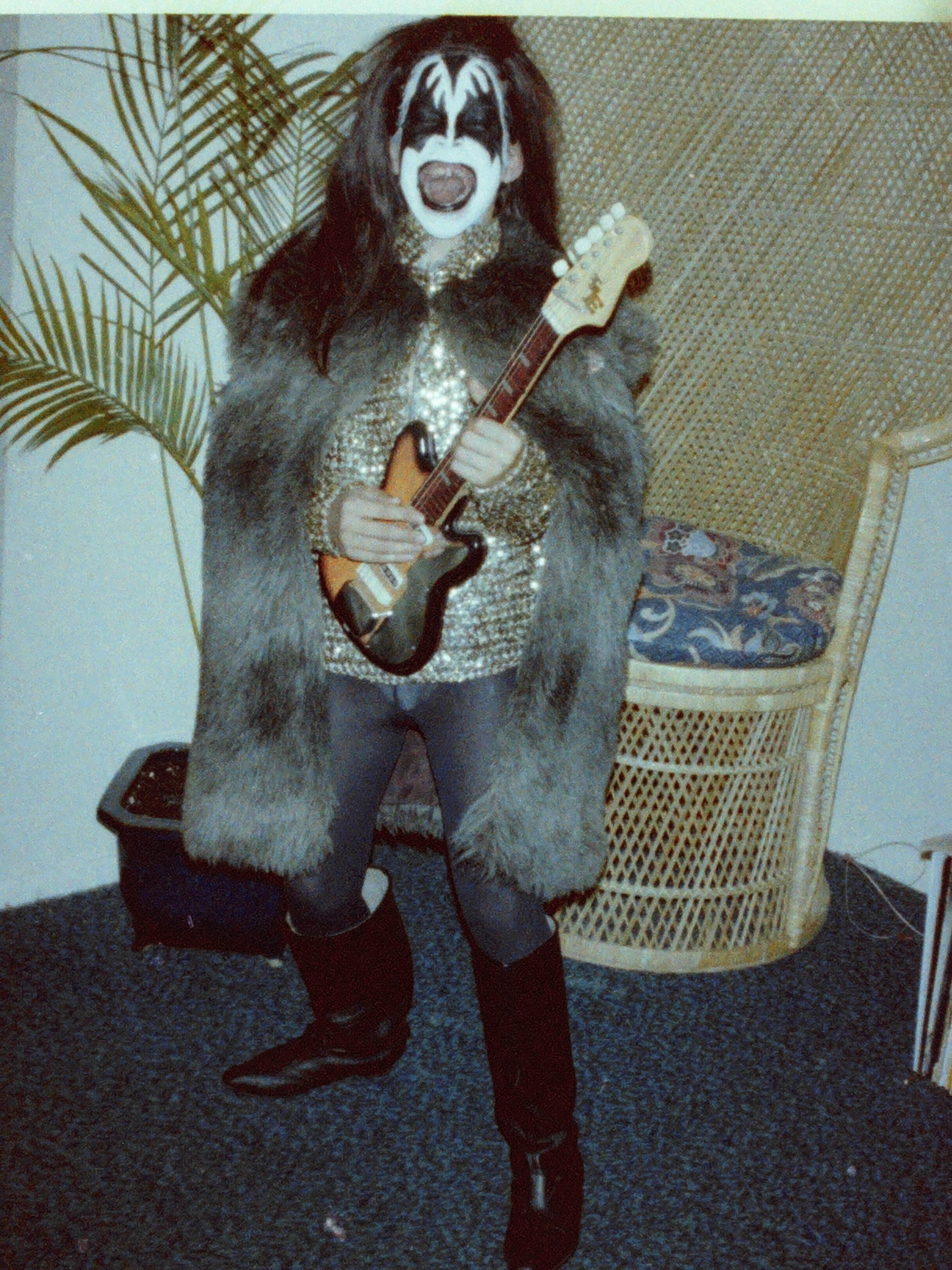 A picture of me on Halloween 1979. My Mom and Grandmother made my costume. My Dad did my makeup. Fun times! -Bob Brodsky Jr
Read This Entry 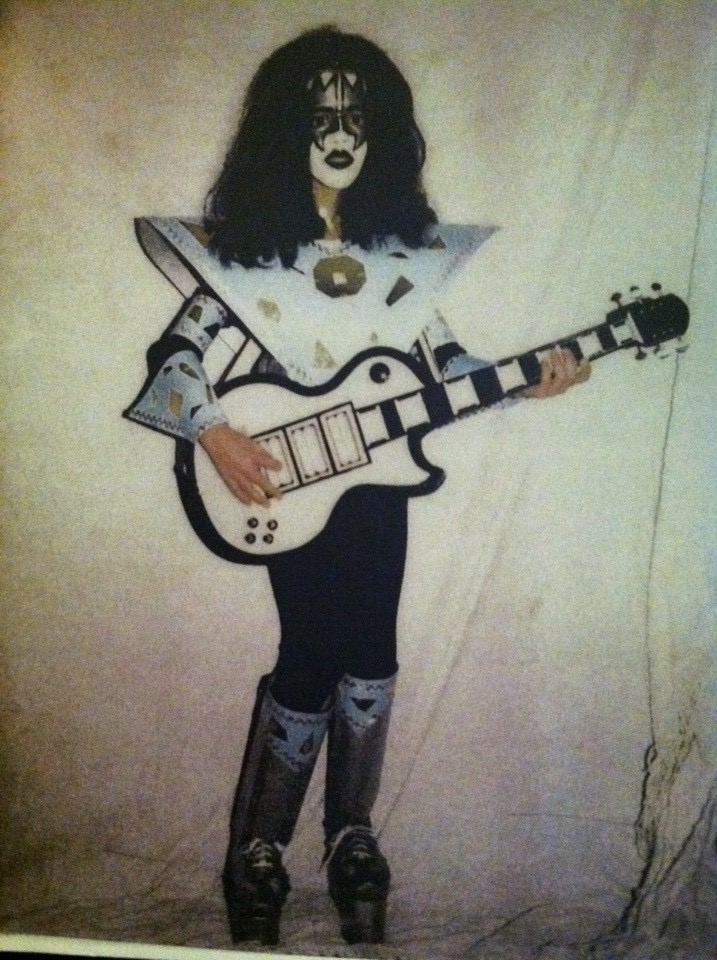 My father made this Ace Frehley get up, complete with 2x4 platform ?€?boots?€?. The best feature was the guitar. It was made from scrap wood out of the garage, With white plastic over the top. It had a toggle on the neck which made the body Light up. It ran off a 6volt battery. I was 8 years old, and thought Ace was the coolest thing in the galaxy. -Jay Henderson
Read This Entry 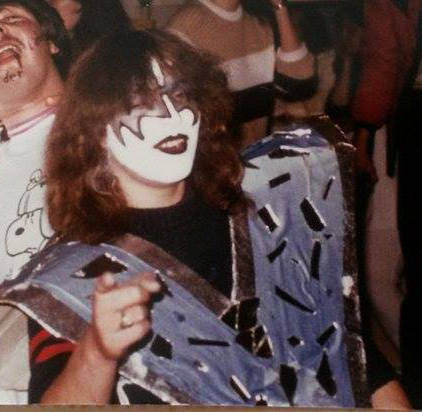 Hy I was on a party in germany... :) - Manfred smietana
Read This Entry 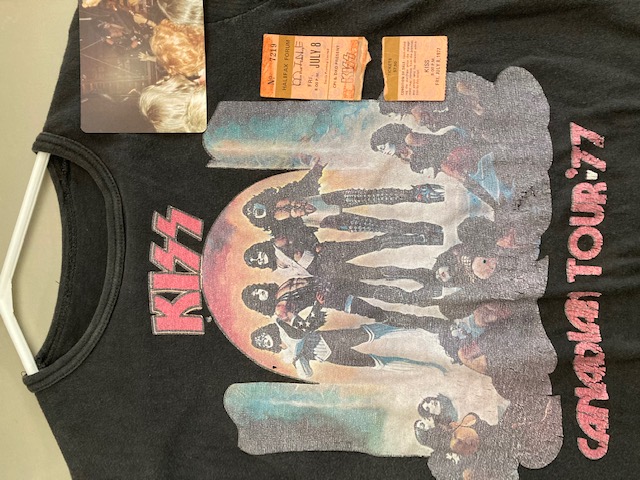 Hello; Attached is a photo of my July 8, 1977 used concert ticket, original tour t-shirt and a photo of Gene...all from Halifax, Nova Scotia, I was there!... Love Gun Tour's opening show for North America. Feel free to use them as you see fit. Joseph Boudreau
Read This Entry

The armour doesn't fit nowadays but at least I still got it stored ... and the boy may have grown old on the outside but inside he managed to treasure the kid as well as the memories. - Berno Karotsch
Read This Entry 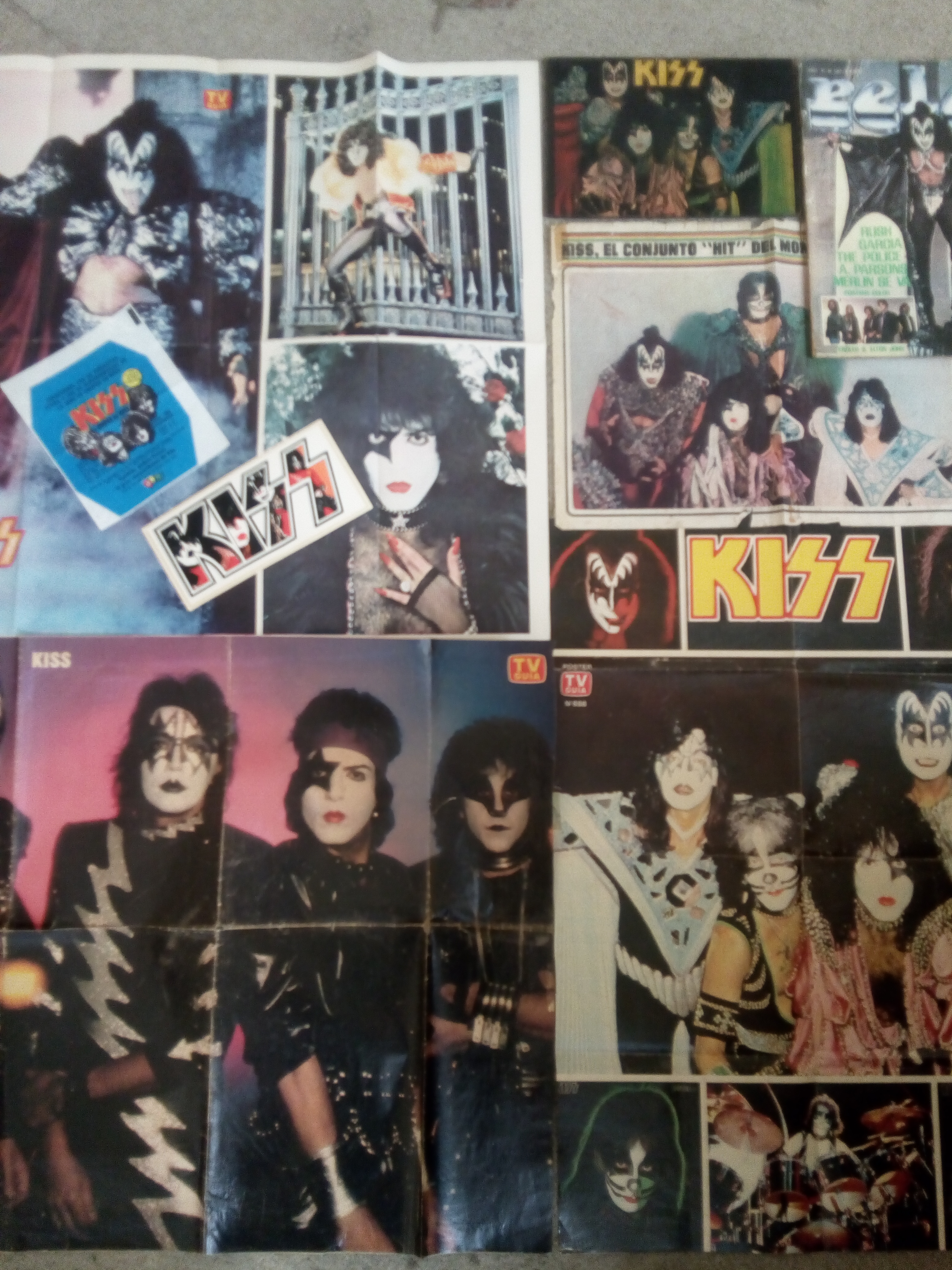 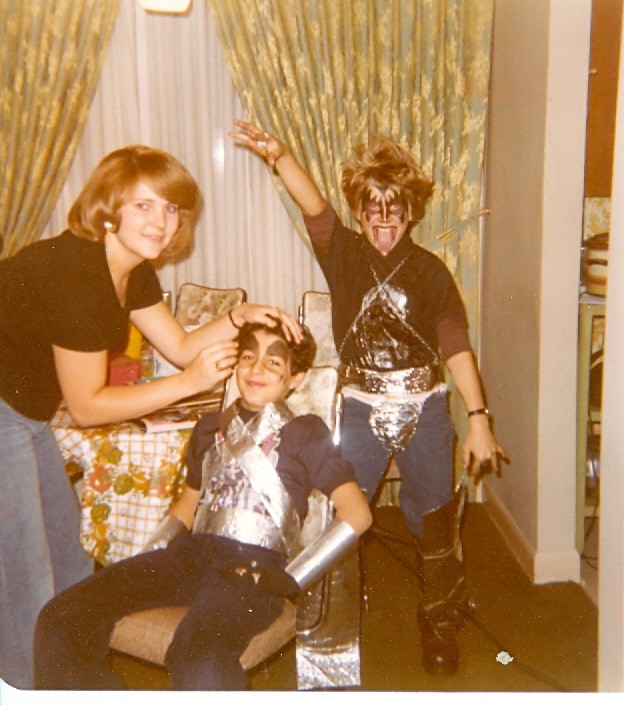 This pic is for the flashback series circa 1978 My older sister was using a "Kiss Meets The Phantom" magazine to do the make up Stoney Creek, Ont Canada
Read This Entry
1 2 3 4 5 Next 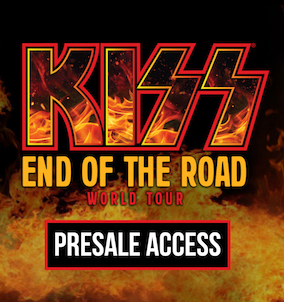