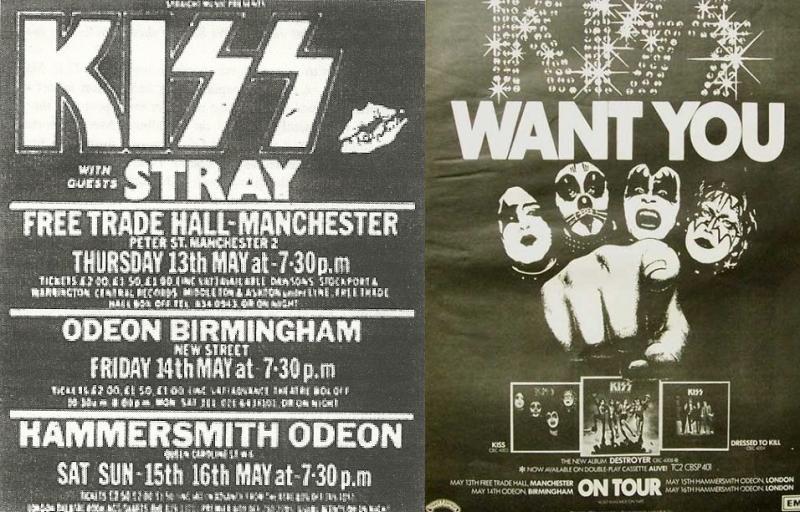 On this day in KISSTORY - May 13th, 1976 - We played our first ever UK show at the Free Trade Hall in Manchester, England. The show before a sellout crowd of over 2500 was the beginning of our first European tour. In addition to shows in England, we performed in France, the Netherlands, Switzerland, Sweden, Denmark, Belgium and Germany where the Scorpions were the opening act. The tour with a final show on June 6th at Ontmoetingscentrum in Harelbeke, Belgium.

"On the way over to our first English tour, I was struck by the notion that this was the Land Of The Beatles. To me, the English Kings and Queens never meant anything. I have always looked at it as an archaic and rather silly posturing about past glories. But as cultural oddities, I suppose it had its own innocence.

Still, I was nervous to set foot on Holy Ground. We got off the jet in full makeup and the fotogs were waiting for us. We came through customs and jumped on street cars at the airport for foto ops.

I was aware it was drizzly and grey. I was hoping that would change in the next few days to sunshine. It didn't.