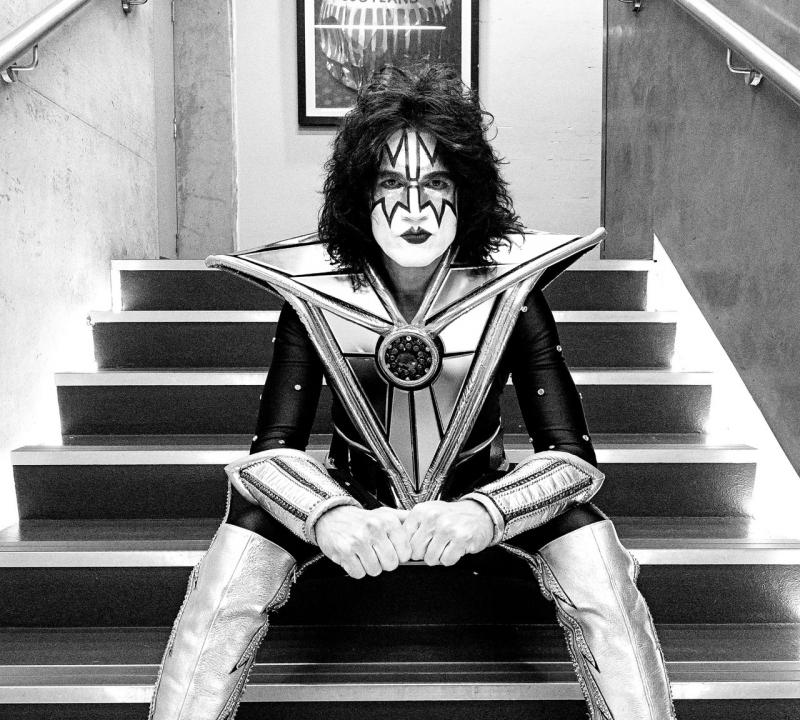 For veteran rockers, life on the road can be long and hard, and while COVID-19 has presented its own set of challenges, the silver lining is that for some, it’s been time to rest and reflect. For KISS guitarist Tommy Thayer, it’s been a time to slow down and look back on 35 plus years in music. From his early days in garage bands, to signing his first record deal, to making his mark in the 80s and finally setting in with KISS, you could say it’s been on hell of a ride for Tommy Thayer, and he’s not even close to done yet.

It’s a pleasure to have Tommy Thayer with us today. We talk about his origins in music, what in inspired him growing up, his days with Black ‘N Blue, his time in KISS, potential new music, and the real scoop on Psycho Circus. If you would like to learn more about Tommy, head over to his website here, or follow him on Instagram, Twitter and Facebook. Once you’ve done that, dig into this interview with one of most hard rockin’ guitarist out there today, Tommy Thayer. Cheers.

Andrew:
Tommy, thank you for taking the time to speak with us. This last year has been rough, right? How are you holding up during this seemingly ever-raging dumpster fire?

Tommy:
Tough year for so many no doubt, but for me it was just different. I tried to learn to slow down a bit, I had to, but also take the time to do things I normally wouldn’t do or have the time to do. On a personal level, something amazing happened last year, more on that later.

Andrew:
Tell us about your backstory. What was your musical gateway so to speak?

Tommy:
Me, my three brothers and sister grew up in a musical environment at home. My mom Patricia was an artist, a painter and also very musical. She had a beautiful singing voice, played piano, played the violin. When we were kids, she painted colorful cartoon type scenes on the walls of our bedrooms, the kind of stuff kids love. She played Classical music at home on the radio, along with all the Rogers and Hammerstein and Frederick Lowe Broadway musicals. I believe that environment had a musical impact on me growing up. She recognized and encouraged my ambitions to play first the saxophone in the school band and then also the guitar.

CLICK HERE to read the rest of the interview now!